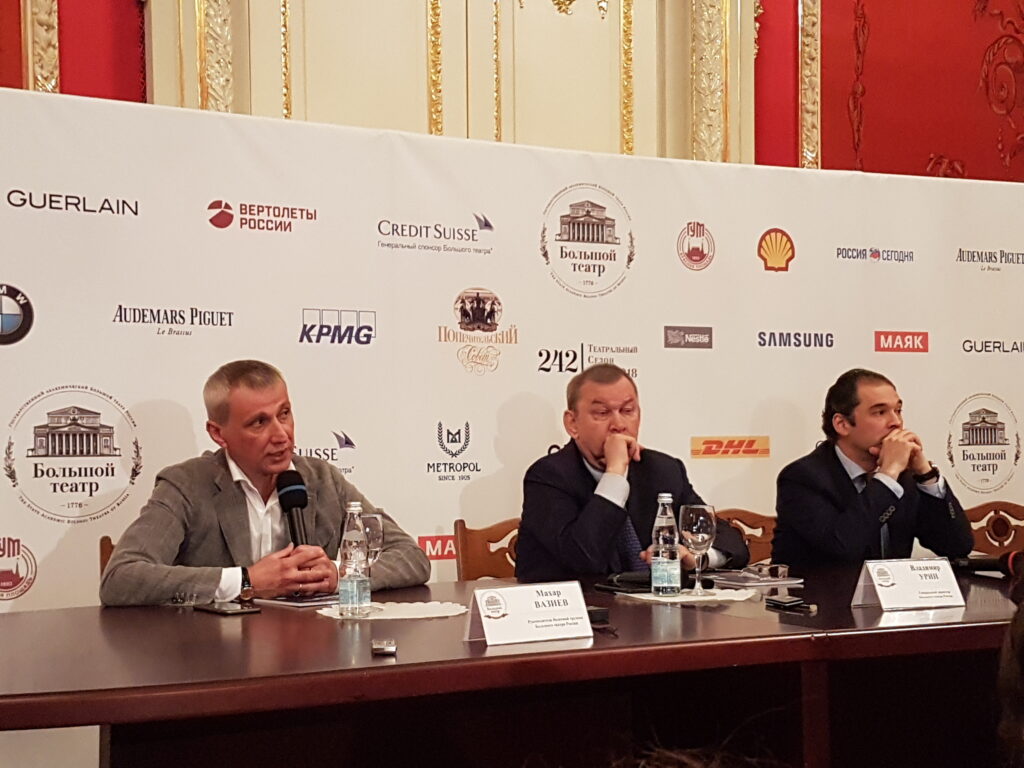 02 June 2017 update: Due to the unexpected and untimely death of Sergey Vikarev, the plans listed below are now subject to change.

On 25 May the Bolshoi Theatre held a press conference announcing its plans for the upcoming 2017-2018 season which will be its 242nd season.

– the premiere of John Neuemeier’s 2017 production of Anna Karenina (March 2018)
– the premiere of Jiri Kilyan’s Forgotten Land
– the addition of Alexei Ratmansky’s version of Romeo and Juliet and his version of Flames of Paris
-an evening dedicated to Marius Petipa with a three-act evening with works by Ratmansky, Burlaka, and Vikarev (summer 2018).

There will also be two gala concerts featuring international guest stars dedicated to Petipa in the spring.